Carbon tetrachloride, a lethal chemical meant to be tightly controlled by an international agreement, is what caused a massive oil contamination scandal in Russia’s Druzhba pipeline this year, Reuters reported citing the results of three separate, undisclosed tests.

A summary of the results of a test carried out for Russia’s Ministry of Energy and for Transneft, the operator of the pipeline, by a Moscow-based state chemical laboratory seen by Reuters in May, which has not previously been reported, shows that the contaminant was 85 percent carbon tetrachloride, also known as tetrachloromethane.

Oil industry sources told the news agency that the presence of carbon tetrachloride suggests Russia has not stamped out illegal trade in the chemical, which is supposed to be strictly regulated by Russian law, these sources said.

Russia’s energy ministry has blamed the stoppage in the Druzhba pipeline on a legally traded solvent called ethylene dichloride, an organic chloride compound used to clean oil wells, which can corrode equipment if it enters a refinery, according to industry experts.

Russia’s Ministry of Energy and Transneft did not reply to Reuters’ requests for comment.

Two separate tests performed by two different companies, a European Union refiner and an international oil trading firm – which both told the news agency they unwittingly bought tainted crude from the pipeline – yielded almost identical results to the tests conducted by the Moscow state laboratory.

Transneft said in June that 200 to 300 tons of an unnamed contaminant had entered the pipeline, but has not since made public any further details on the matter.

Russia, the world’s second-biggest oil exporter, lost more than $1 billion in revenue due to the more than month-long stoppage of the pipeline, which carries about 1% of the global supply of crude oil from Russia to refineries in eastern and central Europe. The pipeline fully restarted normal operations on July 1. 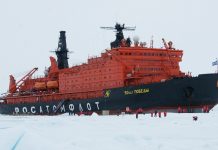 Moscow expelled 20 Czech diplomats on Sunday in a confrontation over Czech allegations that two Russian spies accused of a nerve agent poisoning in...