Home Technology Rosneft to Use Drones for Arctic Iceberg Marking 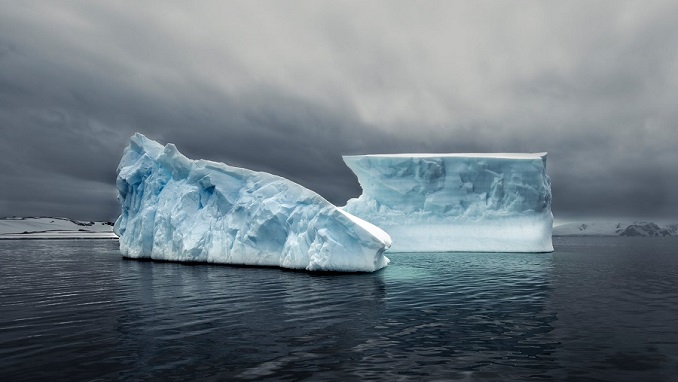 Key target of the project is “to cut down costs for aerial ice observation through application of unmanned aerial vehicles while building up the corporate Ice Control System (ICS),” the company said in a press release.

The experiments with unmanned vehicles will be held in two stages. The first one will be a part of Kara-Summer-2019 expedition in the seas of the Arctic Ocean. The second stage will be a test at the onshore facility, says the project specification.

During the ice recon mission, the drone will move up to 100 km away from the mother ship. Data exchange must be performed without satellite communication aids. Instead, it is planned to use UAV-based transponder. Meanwhile, the customers limited the recon drone’s maximum takeoff weight: it may not exceed 30 kg.

For iceberg marking, it is planned to apply AIS- and ARGOS-type transponders.

An expert formerly engaged in ice reconnaissance for the Northern Fleet told Mil.Press Today that the special-purpose UAVs could be more suitable for some local missions than piloted aircraft. “There’s a great difference between using, say, Tu-142 and a small-size drone, as the latter is cheaper and less resource-consuming. If there’s no need to check the situation across the whole Arctic Ocean in one sortie, a small drone is more preferable,” the expert said.

Earlier, a UAV for ice observations at the Arctic latitudes was presented by Russian Helicopters. The unmanned system named ArcticSupervision is equipped with an X-band HD side-looking radar; the drone is powered by a diesel engine and capable to carry up to 70 kg payload.