A global project by U.S.-based company OneWeb to bring broadband internet to the world’s most remote areas has been dealt a heavy blow by the Russian government, which has adopted a resolution requiring all satellite traffic in Russia to transmit through ground stations, RBC reports.

The new requirements take effect in six months, the report says. According to the news outlet, the resolution is based on findings by Russia’s Communications Ministry that operators might create a national security threat by offering “uncontrolled use of foreign satellites communication systems and access to the Internet across Russia.”

According to Reuters, in 2017, OneWeb strengthened its partnership with Russian space agency Roscosmos by creating a joint venture with satellite operator Gonets, a subsidiary of Roscosmos, to develop the project in Russia. Government sources told the news agency last fall that Gonets will later become a controlling stakeholder in the joint venture.

However, the FSB opposes OneWeb, despite the fact that the U.S. company reached a $1-billion agreement with Roscosmos in 2015 to launch the needed satellites, the first of which are supposed to go up aboard Soyuz rockets on February 28.

Some 180 Coronavirus Vaccines Being Developed Globally 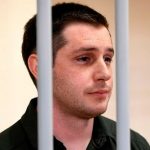 Kremlin critic Alexei Navalny was likely poisoned before he headed to an airport in Siberia and fell violently ill on a flight last month,... 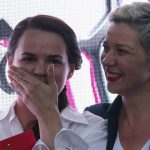 Belarus's opposition leader on Thursday said she was putting together a list of law enforcement personnel responsible for beatings and arbitrary arrests for possible...

Russia’s death toll from the novel coronavirus passed 19,000 on Thursday, as the country reported 144 new deaths in the previous 24 hours, Reuters...