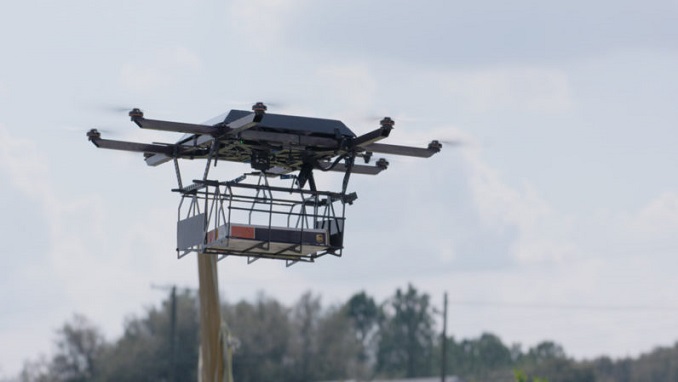 A Russian-made drone being tested for package delivery by Russia’s postal service crashed into a building just seconds after making its debut, Reuters reports.

The drone, which was being tested in the Siberian city of Ulan-Ude, is part of an effort announced two years ago by the national mail and parcel delivery service to reach distant locales across Russia’s sprawling territory.

Video footage posted online showed the remotely controlled unmanned copter lifting off from a launch pad bearing Russian Post’s blue and white colors. The buzzing drone flies for a few seconds then veers sharply and crashes into a nearby brick apartment building while a small crowd looks on.

Russian Post distanced itself from the crash, saying it was present at the launch merely as a guest.

A local official, Aleksei Tsydenov, said nearby wi-fi connections may have disrupted the flight of the drone, which he said cost around $20,000.

Russia’s postal service had announced plans in 2016 to start using drones for parcel deliveries across the vast country.

Logistics companies and retailers worldwide are starting to try out drones to reach remote customers or those paying a premium for speed.

Russian Government to Distribute Budget Funds without Amending the Law