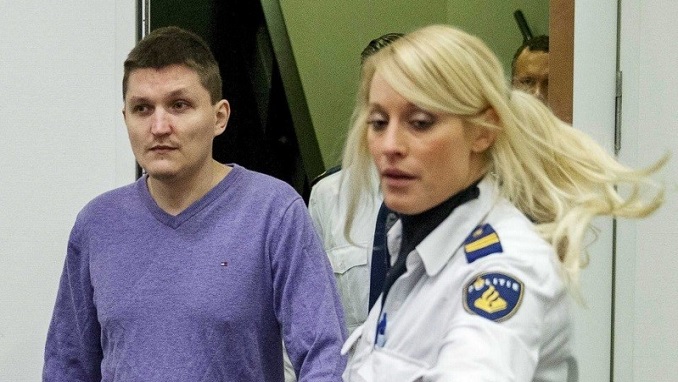 A Russian citizen was sentenced to 12 years in prison on Wednesday for his role in a computer hacking scheme that compromised more than 160 million credit card numbers and caused around $311 million in damages, NJ.com reports.

Another Russian man who was arrested along with Drinkman, 34-year-old Dmitriy Smilianets, of Moscow, who has been in federal custody since June 2012, after he was also arrested in Amsterdam while vacationing and did not fight his extradition to New Jersey, was sentenced to the time he has already served. He had pleaded guilty to conspiracy to commit wire fraud in a manner affecting a financial institution.

Prosecutors said the two men were part of a hacking scheme as far back as 2003 in which they helped install “sniffers” designed to comb through and steal data from computer networks of financial companies, payment processors and retailers.

Prosecutors also said the defendants used an array of computers to store and then sell data they collected, fetching $10 to $50 apiece for credit card numbers depending on country of origin.

Drinkman was originally charged as an unnamed defendant in a 2009 indictment accusing Albert Gonzalez of Miami over his involvement in five corporate data breaches. Gonzalez is serving a 20-year federal prison term.

Russia’s energy diplomacy at OPEC+ summits will continue to be represented by Alexander Novak as he kept his place as energy minister in the...

The head of the Russian Direct Investment Fund, Kirill Dmitriev, said on Wednesday the RDIF was likely to become one of the limited partners...

The CEO of Russia’s sovereign wealth fund, which is one of the investors in Chinese ride-hailing giant DiDi, has said that the company is...

Russian oilfield services company Novomet has signed the first contract with Saudi Aramco on oil and gas equipment supply and a second deal is...