Russian search and services giant Yandex has expanded its ambitions in the world of autonomous transportation, to deploy a six-wheeled robot autonomous robot for cargo delivery, Mashable reports.

The small Yandex.Rover adopts the popular cooler on wheels style pioneered by Starship Robotics. The robot has a suite of sensors, including a prominent lidar array on top, and it moves at “average walking speed,” according to the company. It includes software that can help it avoid people walking in its path, pets and just about any other objects that might block the sidewalk while it’s in motion on its way to its destination.

The initial pilot includes testing on the main Yandex corporate campus in Moscow, across a range of weather conditions, and during both the day and at night. The Moscow HQ hosts more than 7,000 employees, and spans office buildings, restaurants, and parking garages.

Yandex is providing food deliveries and groceries from its own Yandex. Eats and Yandex. Lavka platforms, respectively, and small-goods transportation is another area of potential expansion, as Yandex owns and operates its own e-commerce platform, Beru. The company also says the Yandex. Rover could find a home within its warehouses and data centers for in-office transportation.

The company says there are a lot of other businesses in-house that could benefit from autonomous last-mile transportation. Companies like Postmates and Amazon also have primary businesses that benefit, while Starship and other dedicated companies need to sell to clients to stand up their revenue generation. 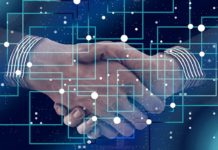 Germany Arrests Own Citizen for Selling Arms to Russia