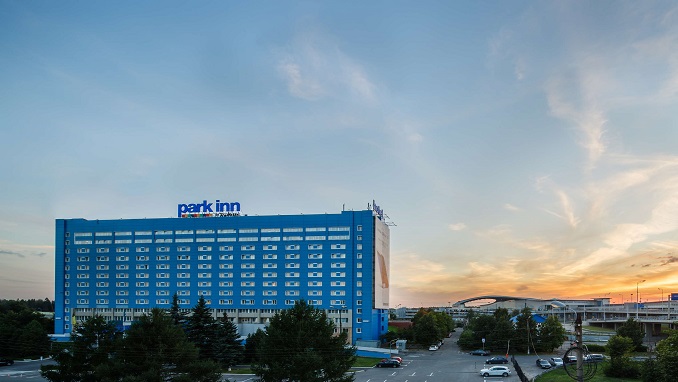 Park Inn by Radisson, Radisson Hotel Group’s upper midscale hotel brand, announced that the renovation of the four-star Park Inn by Radisson, Sheremetyevo Airport Moscow in Russia is now complete. The project has seen the guest rooms redesigned and thorough updates made to the lobby and lounge areas – as well as the opening of a new restaurant on the ground floor, Red 2.

The renovation project, which began in May 2019, has covered the hotel’s welcome zone as well as all 129 rooms, including the standard, superior, family, junior suites and suites. The redesign of the lobby and public areas has been built around the theme of flight – with the reception decorated to look like the cabin of an airplane, and guests able to enjoy images of Moscow from the air as they ascend in the elevator.

The four-star Park Inn by Radisson, Sheremetyevo Airport Moscow is conveniently located near Sheremetyevo Airport’s D, E and F terminals, while the Aeroexpress terminal can be reached on foot in just five minutes. To make guests’ stays even more convenient, the rooms at the hotel have completely changed not only the design but also the equipment. Each hotel room offers the latest technologies and delivers everything necessary to comfortably spend time waiting for a flight.

The hotel now also offers a brand-new dining experience at the Red 2 restaurant – newly opened on the ground floor. It is named after the nearest airport terminal and the legendary Red Bar. Each morning, it will offer a varied breakfast buffet; switching to an a-la-carte menu developed by chef Bernd Kirsch, Area Chef for the Eastern Europe, Russia and Turkey region during the daytimes and evenings. True to the new design concept, the menu is presented in the form of boarding passes.

U.S. Leads the World in Piracy Hits Ahead of Russia