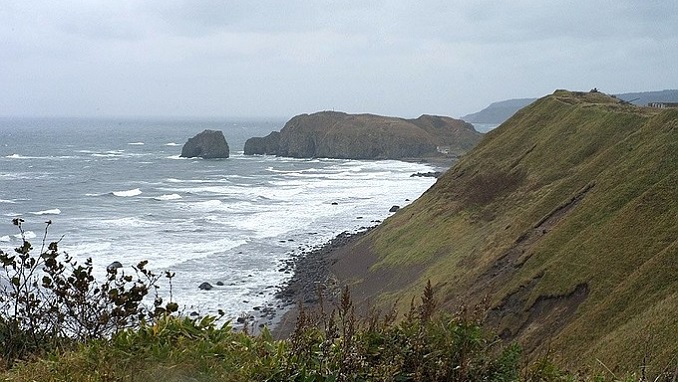 The first tour of Southern Kuril Islands for Japanese tourist group has been postponed indefinitely, Japan’s Ministry of Foreign Affairs said on Wednesday, according to Kyodo News.

The tour, scheduled for October 11-16, has been called off due to “Russia’s demand to reschedule the trip,” the Ministry said.

“In the future, the possibility of arranging the tour will be discussed with the parties related to it,” it added.

A group of 50 people, including tourists, diplomats, representatives of Japan’s tourism agency as well as doctors and interpreters, was due to head from the port of Nemuro on Hokkaido on October 11 and arrive on Kunashir on the same day. The tour program included visits to the Orthodox churches and museums on Kunashir and visits to hot springs and white cliffs on Iturup on October 14.

Russia’s Federal Agency for Tourism (Rosturizm) said on August 15 that following the maiden tour, regular tourist trips to the Southern Kuril Islands would be launched for the Japanese by 2020. The agency added that the project, aimed at boosting tourism to Russia, would also help bring the tourist flow between Japan and Russia to 400,000 by 2023.

Prime Minister Shinzo Abe and Russian President Vladimir Putin agreed earlier this year to step up talks and economic activity in the region as a way of speeding up the conflict’s resolution. During a summit in June on the sidelines of the Group of 20 summit in Osaka, the two leaders agreed to realize the first tourist visit this fall. In addition to tourism, waste reduction and greenhouse farming are also among joint economic projects.