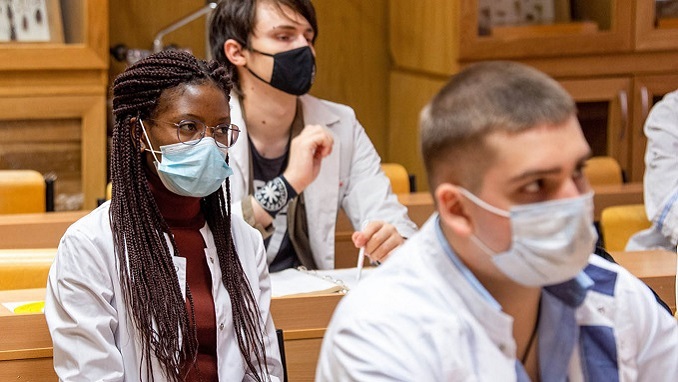 More than 300,000 international students are estimated to have been unable to enter Russia due to the pandemic, The Moscow Times reports. Russian universities resumed in-person courses earlier in February after nearly three months of remote learning during the fall semester.

Russia’s consumer protection watchdog Rospotrebnadzor said that international students will be allowed to return for the spring semester if they fly from countries that have resumed flights with Russia.

At least 16 countries have agreed to reopen flights with Russia so far. Formal agreements have also been reached with five others, though without currently operating flights. Meanwhile, a ban on flights with the United Kingdom is in effect until at least mid-March amid the spread of a more-contagious virus strain there.

Students must also submit two negative COVID-19 test results no more than three days before and after entry.

“Medical documents confirming negative test results obtained before and after entering Russia can be provided in Russian or English,” Rospotrebnadzor’s statement said.

Gazprom Intends to Direct about 60% of Investments to Projects in...