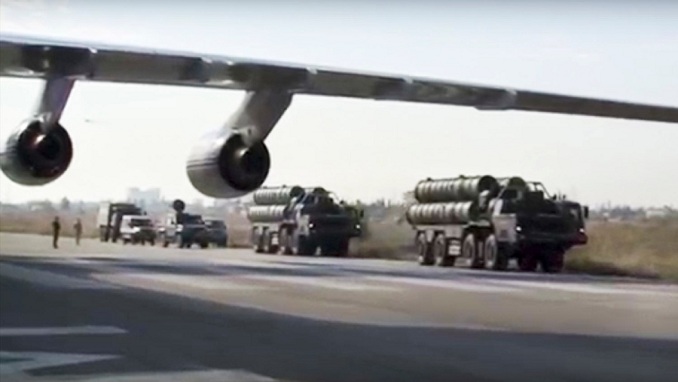 Il-76 military aircrafts have delivered several armored vehicles to the Khmeimim base in Syria in order to assist the units of the Russian military police tasked with patrolling the Syrian-Turkish border, the Russian Defense Ministry informed, TASS reported.

“In the near future, the military equipment will head to the northern part of the country, where Russian military police will facilitate the withdrawal of the Kurdish forces and equipment to the depth of 30 km from the Syrian-Turkish border. After that, they will begin joint patrolling in cooperation with the Turkish forces in the stipulated areas in accordance with the memorandum between Russia and Turkey signed in Sochi on October 22,” the message informs.

On October 9, Turkey launched a military incursion into northern Syria, codenaming it Operation Peace Spring, with the Turkish Armed Forces and the Ankara-backed Free Syrian Army carrying it out. Erdogan’s military campaign kicked off with airstrikes on the positions of the previously US-backed Kurdish units.

The Erdogan government claimed that its goal is to clear the border area of what it calls ‘terrorists’ (Turkey’s broad label of the Kurdish forces) and establish a 30 km-long buffer zone in Syria’s north, where over 3 million Syrian refugees in Turkey would resettle. Ankara’s incursion into Syria has triggered an outcry in the region and across the world. The Syrian SANA news agency branded the operation as an act of aggression, while the international community condemned Erdogan’s military operation, TASS adds.

On October 22, Russian President Vladimir Putin and Turkish President Recep Tayyip Erdogan signed a memorandum on joint actions in northeastern Syria. According to the document, as of noon October 23, Russian military police and Syrian border guards have started to monitor the withdrawal of Kurdish military formations to the depth of 30 km from the border, TASS noted. 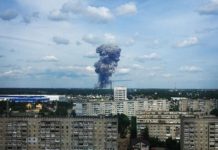 The Russian game market more than doubled in the past five years to more than $2 billion in 2019, online payment system Yandex.Checkout has...

The founder and CEO of Russia’s biggest tech firm, Arkady Volozh, told reporters on the sidelines of the World Economic Forum Wednesday that he...

The first deputy CEO of Russia’s VTB Group told Interfax news agency on Thursday that they plan to attract one or more investors for...

Russian Business Hopes for Reset in U.S. Relations in 2020

Russian business executives are hopeful that Moscow and Washington could reset relations this year, despite the continuing tensions brought on by the Trump impeachment...