“A federal project to develop an Arctic sea passage has been approved with potential financing expected to top 735 billion rubles by 2024,” he said in an interview with the news agency at the 5th International Arctic Forum in St. Petersburg.

According to Likhachev, state budget funds will total 274 billion rubles ($4 billion), with the remaining investments to be provided by Rosatom along with energy companies Novatek, Rosneft and some others.

He added that the corporations involved in Arctic projects would invest in creating and developing port infrastructure and adjoined facilities, which are crucial for Russia’s large-scale federal project in the region.

“Ports, access ways to the ports, creating sea canals and ice-proof constructions. The state should definitely become the leading investor into such enterprises, as it is the only owner of the entire infrastructure,” Likhachev stressed.

The executive highlighted the importance of balance between state and corporate financing of this ambitious, mainly government-run project.

“We shouldn’t shift substantial financial responsibility on corporations, as they may lose interest in working in the region. At the same time, Rosatom cannot further increase its share of investments, as it may trigger hikes in shipping fees,” he added. 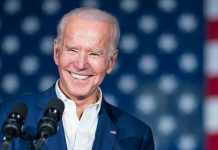 Michael Calvey to Remain in House Arrest after Bail Denial