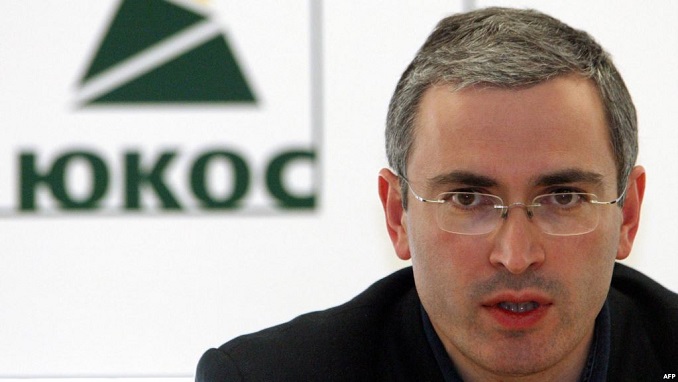 A Dutch appeals court has reinstated an international arbitration panel’s ruling that Russia must pay $50 billion in compensation to shareholders in the former Russian oil giant Yukos — a ruling which Moscow said it will appeal, AP reports.

The February 18 decision overturned a 2016 ruling by a Hague district court that canceled the compensation order on the grounds that the Permanent Court of Arbitration (PCA) did not have jurisdiction because the case was based on an energy treaty that Russia had signed but not ratified.

Russia’s Justice Ministry said immediately after the February 18 ruling that it will appeal the Dutch court’s decision.

The PCA had ruled that Moscow seized control of Yukos in 2003 by saddling the company with massive tax claims.

The state launched “a full assault on Yukos and its beneficial owners in order to bankrupt Yukos and appropriate its assets while, at the same time, removing Mr. Khodorkovsky from the political arena,” the arbitrators said at the time.

The Russian government’s move was seen at the time as an attempt to silence Yukos founder and CEO Mikhail Khodorkovsky, a vocal opponent of President Vladimir Putin. The Yukos shareholders called The Hague court’s decision “fundamentally flawed” and filed an appeal.

Khodorkovsky was arrested at gunpoint in 2003 as he boarded a plane in Siberia and convicted of financial crimes. He spent a decade in prison before being pardoned by Putin and flown out of Russia. The businessman and his supporters said the charges against him were engineered by the Kremlin to punish him for challenging Putin.

His majority-owned company subsequently was dismantled and absorbed by state-owned Rosneft in 2004 — then a tiny company. The arbitration court based its ruling on the Energy Charter Treaty, but the Dutch court that overturned the 2014 ruling stated that as a signatory Russia had never ratified the charter, thus the PCA’s decisions were “contrary to Russian law.”