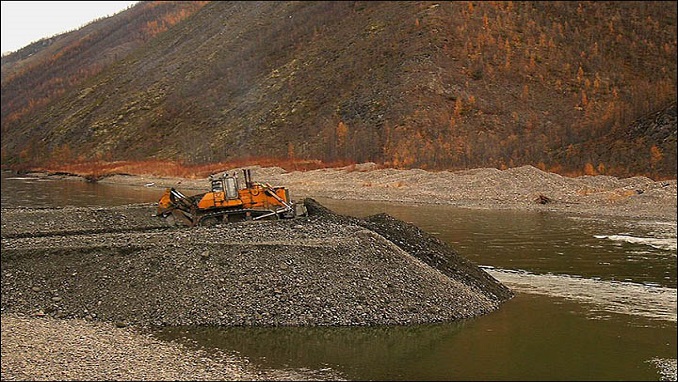 Russian gold miner NordGold has managed to save an estimated $16.5 million last year in Burkina Faso, thanks to a special low tax deal it made with the West African country’s former dictator, Finance Uncovered reports.

According to the investigative news outlet, the sum easily eclipses the $12million Burkina Faso allocated for school supplies across the entire nation this year. The impoverished citizens of the African country have missed out on the gold mining royalties that could have funded vital public services, thanks to the disputed tax clause.

NordGold, a company headquartered in Moscow, is owned by one of Russia’s richest men – Alexei Mordashov, who has an estimated $19 billion fortune.

Described by the World Bank as a least developed country, life expectancy among Burkina Faso’s 19 million population is 60 years. Its literacy rate is just 36%. At the same time, the country is Africa’s fourth biggest gold producer, with the precious metal now accounting for 75% of its total exports.

The boom has largely happened since 2002, the year in which gold prices began to rocket. Burkina Faso’s royalty rate of 3% – a tax on sales revenues – was considered low and overseas extractive industry companies rushed to what was regarded as an investor-friendly country.

In 2010, the then-government of Blaise Compaore, a brutal dictator, increased royalty rates on gold.But, exceptionally, at Nordgold’s Taparko mine, the new rates did not apply due to a highly controversial agreement made 15 years earlier with the mine’s previous owner.

A joint investigation between Finance Uncovered, L’Economiste of Burkina Faso and Cenozo, the West Africa investigative journalism unit, focused on the Taparko mine in Namentenga province, about 200 km northeast of Ouagadougou, the country’s capital. Taparko is the fifth biggest mine in Burkina Faso. Since 2011, it has produced gold worth over $1 billion.

The journalists obtained a copy of a contract which shows that in 1995, the previous owner of Taparko, Canada’s High River Gold, successfully negotiated a deal with Campaore’s regime to fix the royalty rate at 3% for 25 years.This low tax guarantee is known as a fiscal stability clause.

These deals, which were introduced to attract foreign companies worried about uncertain fiscal and political environments, have become highly controversial in policy circles because they override any future changes to a country’s legislation.

Oil in Biggest Crash Since 1991 as Saudi Arabia Wages Price...

Foreigners in Russia Want Income Tax from Shares to be Halved