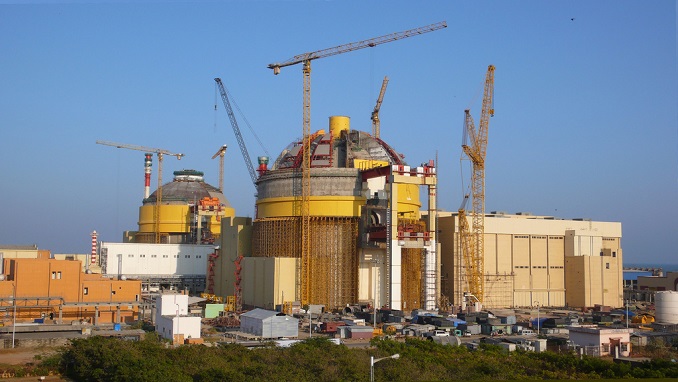 The United States and India have agreed that a U.S. company, most likely Westinghouse, will construct six nuclear power plants in India, dealing a blow to Russian hopes for the lucrative nuclear deal, Nezavisimaya Gazeta reports.

Russia and India struck an agreement during President Vladimir Putin’s visit to New Delhi in October 2018 that Russia would build six reactors at a new facility. At the same time, Moscow and New Delhi are expected to cooperate on constructing nuclear power plants and developing nuclear industries in third countries.

Moscow State Institute of International Relations Professor Sergei Lunev told the newspaper that “India planned to greatly increase nuclear power generation but the program stalled following the Fukushima disaster and a rise in anti-nuclear sentiment. “As for now, only Russia is involved in these activities. However, the United States and France are also ready to join the game. There are a lot of opportunities, so the Indian-US deal will not strike a blow to Russia,” he added.

According to the expert, “Russia is unable to gobble up India’s nuclear pie alone. Given the ambitious program to build nuclear power plants in our country and abroad, including South Asia, it will do Russia no harm if the Americans and the French start constructing NPPs.”

New Delhi and Washington signed a nuclear cooperation agreement back in 2005. U.S. legislators swiftly passed the document though India has a military nuclear program as well. However, it took major effort to push the document through the Indian parliament, Lunev emphasized. In particular, Modi’s Bharatiya Janata Party and center-leftists said it was unwise to pass control over the nuclear industry to foreigners.

“Moscow also was unhappy for some time but eventually it realized that the deal gave it a free hand in peaceful nuclear cooperation with India. New Delhi’s agreement with Washington stipulated that India should separate its peaceful nuclear program from its military one and put the latter under the International Atomic Energy Agency’s control. However, the Americans haven’t fulfilled any of their plans since 2005. The French also have done nothing although they had been given an area for construction ten years ago,” Lunev pointed out.

Russia Recorded Less than 5,000 Coronavirus Cases in Past 24 Hours