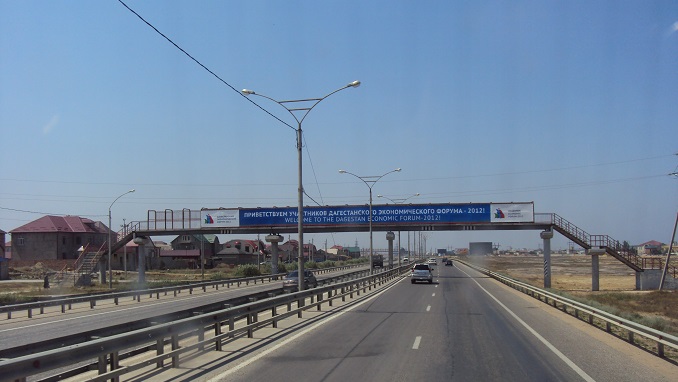 The operational headquarters of the Kizilyurt city administration in Dagestan banned from 7:00 on Sunday, April 19, the movement of vehicles in the territory of the city district. The decision was made in connection with the threat of the spread of the coronavirus COVID-19, Kommersant reported.

Kizilyurt is a city 70 kilometers from Makhachkala with a population of more than 37 thousand people.

Prior to the special decision of the operational headquarters, all departures and entrances to Kizilyurt are closed. An exception is made for specialized vehicles of municipal utilities, ambulances, and emergency services. Intercity and intercity transportation of passengers by buses and fixed-route taxis was also suspended.

City Hall asked the townspeople to stay home and not plan trips. Violators of the regime, warned by the administration, will be held administratively liable.

A similar decision to close the city was made on April 1 by the authorities of Derbent. However, two days later it was canceled – the measure was found to be ineffective because of this ban many employees of the local hospital and institutions providing the city’s vital functions were unable to get to work in time. Residents of 14 other municipalities who are being served at the Derbent City Hospital also had problems.

In the early days of the high-alert mode, vehicles were also thoroughly tested in some areas of the republic, as well as in Makhachkala and Kaspiysk. Another tightening of control at the entrances and exits from the city in the capital of the republic has been observed again in the last two days.

On Sunday morning, the operations headquarters announced that over the past day in Dagestan 35 new cases of COVID-19 infection have been registered. The total number of infected reached 292. Over the entire period, 9 people died in the republic, 28 recovered.

To date, 42,853 cases of virus infection have been confirmed in Russia, the pandemic operations headquarters said. The daily increase was 6,060, the day before – 4,785. Some 48 people died during the day, the total number of fatal cases reached 361.

Sberbank in Talks with GCC over Gulf Expansion