The United Arab Emirates (UAE) has seen a 55% jump in the number of Russian tourists travelling to the Gulf country in the second quarter of this year compared to the same period in 2018, Zawya reports.

New data released by U.S.-based travel technology firm Expedia Group shows the number of tourists from around the world visiting UAE has significantly increased, leading to continued growth in the hospitality sector across the Emirates.

Many Europeans, including Russians, are lured to experience the UAE’s world-renowned hotels, luxurious standard of living, famous restaurants, entertainment venues, attractions and entrepreneurial business opportunities that contribute to the region’s year-on-year growth in the hospitality sector.

Recent travel data show that Dubai has welcomed 8.36 million international overnight visitors in the first six months (January-June) of 2019, including Russians, which saw a positive 3% in tourism volume growth compared to the same period last year.

The data also predicts that Russian tourists travelling to the region will increase by 125 per cent to 2.1 million in 2023, with a projected additional 2.9 million room nights likely to be added through the coming five years, according to Expedia Group. 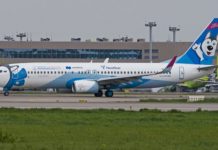 The European Union added seven Russian-backed officials in Crimea to its sanctions blacklist on Tuesday for organizing local elections in the peninsula last year,...

Russia’s flag carrier Aeroflot has taken delivery of five more government-subsidized Superjet 100 regional jets, bringing its fleet of the type to 54 units and...

Real disposable incomes in Russia increased by 0.8% in 2019, beating expectations and accelerating from 0.1% seen in 2018, latest data published by Rosstat...

The value of goods and services traded between Israel and Russia exceeded $5 billion in both 2018 and 2019, taking the figure to above...

Russia’s national statistics agency Rosstat has said in its latest assessment that small and medium-sized enterprises (SMEs) now make up just over a fifth of...

Rusal Ready to Make Board Changes in Order to Get U.S....