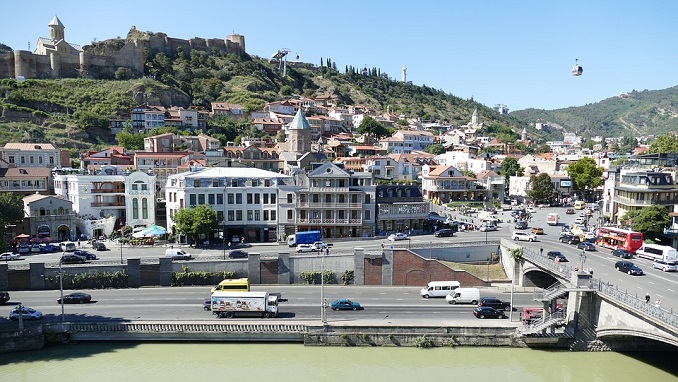 Despite stark warnings for Russian tourists from their home country about safety issues in Georgia, following anti-Russian protests in Tbilisi, visitors in the Caucasus country remain largely unfazed by the situation, RFE/RL reports.

The flare-up in relations began when Georgian protesters tried to storm parliament in the capital, Tbilisi, last week. They were furious a Russian MP had given a speech from the speaker’s chair. The MP, Sergei Gavrilov, left Georgia in a hurry, before clashes broke out in which 240 people were hurt.

After the unrest that prompted Russian President Vladimir Putin to ban flights to the neighboring country, state Russian media warned that travelling to Georgia is no longer safe, and some tourists have even been attacked.

“The state is warning you that nobody would guarantee your safety in Georgia,” a TV presenter told her audience.

But on a pebblestone beach at Batumi on the Georgian Black Sea coast, Russian tourists enjoying their first Georgian holiday say they are not worried.

“Now every day I talk with relatives and friends and the Russian news is very alarmist,” Gorbachyov told RFE/RL during the final days of his Georgian holiday.

“Our journalists are saying that Georgians could attack Russians here, that it’s not safe for us,” says Denis Gorbachyov, who is vacationing with his wife and children.

“Now every day I talk with relatives and friends and the Russian news is very alarmist,” Gorbachyov said during the final days of his Georgian holiday. “Our journalists are saying that Georgians could attack Russians here, that it’s not safe for us.”

“It’s an absolute lie,” he said. “We are trying to convince our friends back home that it’s safe,” he added.

More than 1.6 million Russian tourists visited the country in 2018 — a number that has been steadily rising since the near disappearance of Russian vacationers there immediately after the 2008 Russo-Georgian war.

Data from Georgia’s National Tourism Agency shows that each Russian tourist last year spent, on average, about $465 during their visit to Georgia — injecting more than $720 million into the Georgian economy.

Hungary to Start Talks on 2020 Gas Supplies from Gazprom