Ukrainian state-owned gas company Naftogaz said that an appeal by Russia’s Gazprom against a Stockholm arbitration in Naftogaz’s favor will be heard by a Swedish arbitration court next year, S&P Global Platts reported.

The Stockholm arbitration court ruled in February last year that Gazprom should pay Naftogaz $4.56 billion in damages for not transmitting the agreed amount of natural gas to Europe under the 2009 transit deal. But Gazprom had an earlier $2 billion win in the arbitration ruling on Russian gas supplies to Ukraine, meaning Naftogaz is owed a net $2.56 billion by Gazprom.

Naftogaz’s 10-year gas supply and transit accord is due to have expired before the date of the hearing.

The Russian gas export giant has said it would only agree to a new contract for post-2019 transit after the Svea court ruled on its appeal against the arbitration decision. The issue will complicate talks on Russian gas transit via Ukraine, as Gazprom opens alternative pipelines under the Baltic and Black seas.

Naftogaz said it would continue its efforts to enforce the original decision. They require the identification of international assets directly owned by Gazprom along with applications to national courts for enforcement.

“Naftogaz will make Gazprom comply with the transit award and pay us $2.56 billion with nearly US$200 million in interest for the past year,” Naftogaz chief Yuriy Vitrenko told the media.

“We have already received gas worth $2.1 billion. The rest is being collected through the enforcement procedure in several jurisdictions, namely in the Netherlands, the United Kingdom, Switzerland, the United States and, recently, in Luxembourg. In the near future, debt recovery is possible in other countries,” Naftogaz posted on Facebook.

Among the assets of interest to Naftogaz are the shares of companies operating the two Nord Stream pipelines. European energy majors Engie, OMV, Royal Dutch Shell, Uniper and Wintershall are lending Gazprom $950 million for the construction of Nord Stream 2 and have extended the repayment period until 2035. 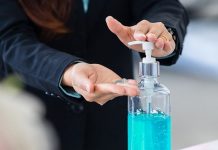 At least seven people in the Far East Russian republic of Sakha have died from drinking hand sanitizer at a party, authorities and news...

Last week, the developers of the world's first vaccine against coronavirus announced that the price of Sputnik V would be much lower than that...

Russia's Sputnik V coronavirus vaccine is 95% effective, its developers said Tuesday as Russia seeks a leading role in the high-stakes global race for...

The Federal Security Service of the Russian Federation reported that gold smugglers were arrested with 37 kg of gold bars valued at approximately $1.8...

Law enforcement authorities carried out mass raids on the Jehovah’s Witnesses across Russia on Tuesday and made a number of arrests as part of...

Putin Advises Merkel Not to Meddle in Belarus Internal Politics