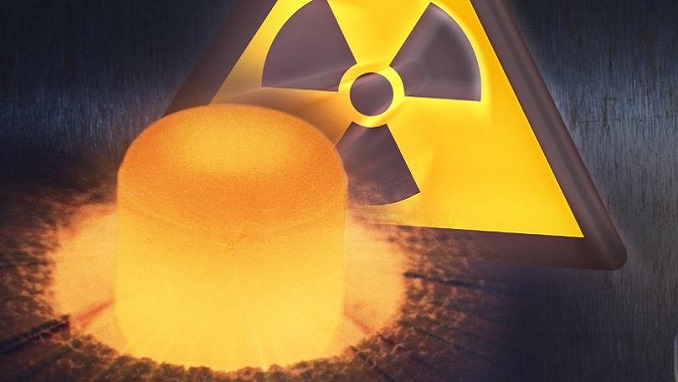 Dozens of tons of surplus weapons-grade plutonium—enough material to make about thousands of nuclear bombs, are awaiting disposal in both Russia and the United States, as the two countries haven’t complied with an agreement they signed 20 years ago.

“Moscow was supposed to start destroying this stockpile, but has yet to begin, leaving a huge threat lurking in an unknown location. If even a tiny fraction of this material fell into terrorists’ hands, they could threaten nuclear terrorism around the world,” Peter Lyons, the former commissioner on the U.S. Nuclear Regulatory Commission writes in the article about the excess plutonium published by Politico.

In 1998, Russia and the United States agreed that each would dispose of 34 tons of surplus plutonium, a major step toward nuclear non-proliferation. But in the years since, due to mistaken policy decisions, the U.S. hasn’t begun destroying its own stockpile—and that process isn’t going to start anytime soon. In turn, Russia hasn’t complied either while they wait for us, leading to the current stalemate.

Under the original agreement, the United States agreed to dispose of its plutonium by building a facility to make mixed plutonium-uranium reactor fuel—known as MOX fuel—to use in our commercial reactors. At the time, this path made sense since we anticipated a “nuclear energy renaissance,” which promised a growing need for reactor fuel.

But in the past two decades, the MOX proposal has become much less likely to work. First, that “nuclear energy renaissance” never happened. In fact, reactors are closing in many countries and there is so much cheap uranium that some of the world’s most productive mines have closed. Second, the facility to convert the plutonium into MOX fuel—originally scheduled to start operating in 2016—is years behind schedule and well over budget, Lyons writes.

Hoping to break this political and financial logjam, the Obama administration devised a new approach to get rid of its plutonium called “dilute and dispose of.” Under this approach, the plutonium is blended with other waste and sent to a radioactive waste disposal facility, the Waste Isolation Pilot Project in New Mexico. “Dilute and dispose of” renders a valuable resource totally worthless, but the Obama administration supported this option because it was cheaper than the MOX approach.

“During the Obama administration, I argued vehemently that the dilute and dispose proposal was a poor choice and instead recommended disposing of the plutonium as fuel in fast reactors, which effectively destroy the plutonium. I was overruled, but this idea remains the best chance to eliminate Russia’s dangerous stockpile of plutonium and realize other important national benefits,” the former U.S. nuclear commissioner concludes.

German Companies in Russia Plan to Invest $450mn Over Next Year:...