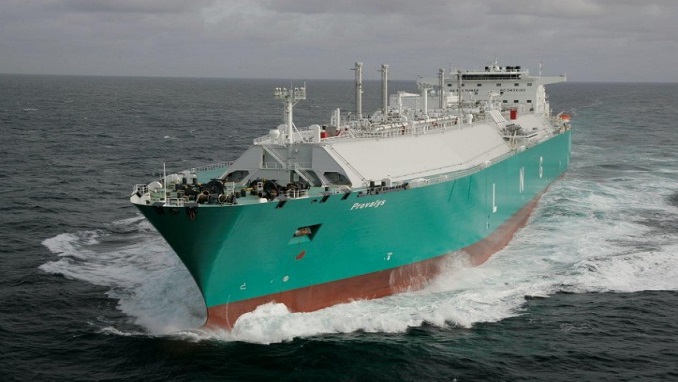 Ukrainian authorities have released the crew of a Russian tanker they seized on Thursday, but kept the ship they claim was involved in the Kerch Strait incident between the two countries at sea last year, the BBC in Russian reports.

The incident also marked the opening of a new front in a series of at least three incidents this month alone involving oil and tankers that demonstrates the hazards faced by commercial vessels amid global rivalries.

The Ukrainian Security Service (SBU) said in a statement Thursday that it had detained the Russian tanker Nika Spirit, previously known as Neyma, at the southwestern port of Izmail on the Danube River. The statement referenced a confrontation last November that saw Russia’s own Federal Security Service (FSB) Border Service fire upon three Ukrainian navy ships, accusing them of violating regulations as they transited the contested Kerch Strait and seizing the vessels along with their crew in a move Kiev and Western allies including Washington have called illegal.

“Contrary to the norms of international maritime law, servicemen of the frontier troops of the FSB of Russia illegally, with the use of weapons, blocked the movement of Ukrainian warships during the passage of the Kerch-Yenikalskyi Canal in the Kerch Strait with the help of the tanker ‘NEYMA’,” the statement said.

Russia has held 24 Ukrainian sailors since it seized three Ukrainian vessels in the Kerch Strait confrontation in November – the most dangerous clash between the two countries in years.

The former Soviet neighbors have been caught up in hostilities since 2014 when Moscow annexed Crimea and supported an insurgency in eastern Ukraine. Some 13,000 people have been killed in the conflict.

Some 180 Coronavirus Vaccines Being Developed Globally